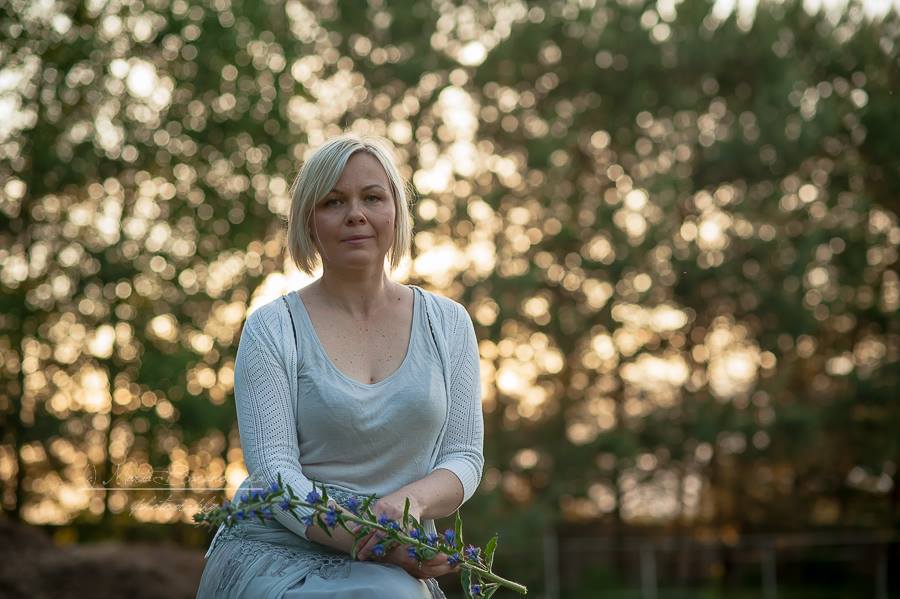 Daria Galant is a novelist, poet and director from Długosiodło, Poland. She is an author of several novels, including Woman with the eyes of the river, The House of Winds, Południca, Opposto Sisters. From 1998 to 2002, she wrote recurring short stories titled „Rzeczpospolita”. Life itself. In 2009, she was an expert at the Polish Film Institute. In 2013, she received an award from the Foreman of Wyszków county for her achievements in the field of culture. She is a director and screenwriter of many films: Daniel and horses (a movie about the passion for hoses by well-known Polish actor -Daniel Olbrychski, 2009, TVP 2), Horse Theater by the Bug river (presented in the Ark in April 2014) and the film The Magic of Kurpie Białe (2011). This year, Daria Galant returns with the latest book, Slavic Mermaid. This is a volume of poems, made up of several dozen of works written over the last couple of years.

Are you writing bacuse of the passion, or because it is your profession?

Daria Galant – Everything at once. But at the very beginning of my journey there was love for writing and art. I have been creating all my life so far and I will be creating it for the rest of my life, because it is a powerful force inside me that does not let me put off my duty and willingness to write.